GOOD MORNING (or is it?) 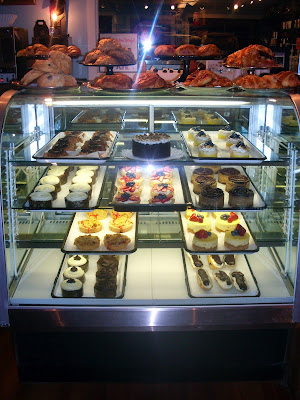 This is going to be an interesting day.  And by interesting, I mean a biblically scaled disaster.  We're going to receive a little visit from a camera crew.  And while I'm not at liberty to say anything about our segment until the show is in the can and the network gives us permission to blab about it, I can safely say that if this goes as well as the last time a camera crew came into my kitchen, we'll be closing shop.
Granted, the last time I was on television it was a local news thing.  Not as fancy as what's happening today.  We hadn't opened the store to the public, so that's about three years ago.  Back when I was sleeping, exercising and sitting down to eat.  Just a little puff piece, human interest stuff.  My macaroons had been featured in "In Style" and that was a minor deal in these parts.
A reporter and a camera man came by.  Asked me a few questions.  Had me talk about my macaroons and the other delights I'd be offering in my shop.
Reporter:  "So, your macaroons.  They aren't the usual coconut we're all used to?  They're almond? No coconut at all?"
Idiot (me):  "That's right!  They're traditional French almond macaroons.  NO coconut WHATSOEVER.  Just almonds, COCONUT, sugar and egg whites."
If you listen very carefully to the tape of my pathetic news debut, you can hear my husband Ray in the background laughing his ass off.
Moving on, our intrepid reporter broached the elephant in the room.  Hollywood.
"So, now that you've moved from your glitzy life in LALA Land to quiet Vermont, should we be looking out for an influx of Hollywood visitors."
And I didn't think twice, I didn't think.  I just answered with honesty and my usual utter lack of tact and charm.
"OH GOD, I HOPE NOT!"
This is when I choose to be natural on camera.  My face squirrely and filled with disgust, spitting out my dread at the thought of my old life descending on the quiet of Vermont.
I can't take a decent still either.  There's a little write up in a local magazine with a picture of me holding some pastries. I knew Ray was looking at the little article when I heard him howling with laughter in the back of the store.
"I've never quite seen you smile like that."  He's very tactful.  Unlike his wife.
"I know.  I was muttering under my breath the entire time."
And if you know this and you take a look at that picture, you probably have a good shot at guessing what I was saying. As a matter of fact, I think I was up to a word that rhymes with "plucking" in my mantra "take the plucking picture already" when the flash went off.
I'm telling you, I'm a charmer. 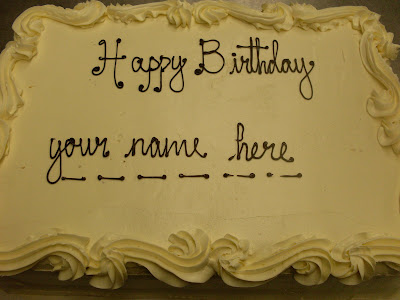 So today, I'll be happy when we've wrapped up our little moment of television glory and I can go back to baking.  At the very least, I'm kind of looking forward to making Ray laugh again when this thing airs.  I'll keep you updated so you can get in on the joke too.
Labels: potential disasters