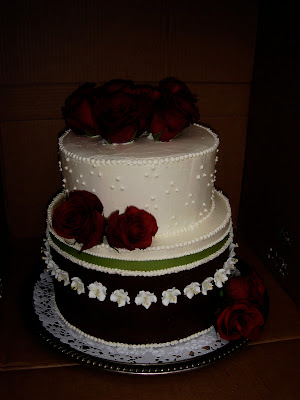 I loved Mrs. Nestor. She was an English teacher for the ages. She bought my cockamamie argument that Nabakov’s “Lolita” would be a trenchant novel upon which to base a senior thesis in “American” literature. It did, after all, dissect Americana bubblegum culture in the ‘50s, just from the perspective of a pervy Frenchman who was born from the mind of a pervy Russian. Honestly I just wanted an excuse to read it without my mother accusing me of reading pornographic material (Judy Blume’s “Forever” is still hiding under my childhood mattress for said reason). Mrs. Nestor understood such things.

She spearheaded a teenage bacchanal through Italy one Spring break and bravely chaperoned four hormonal geek chicks around the boot and got us back alive. And she introduced me to one of my all time favorite restaurants, “The Lebanese Taverna.” She managed to slip a shout out to their divine pomegranate seed strewn Chicken Shawarma before every class.

And she called her husband “The Dream Killer.” What aspirations he murdered, I’m not quite certain. She meant to be a writer perhaps, a poet in the vein of Edna St. Vincent Millay, all talent and sassy brassy freewheeling womanhood. Whatever it was, marriage was a blunt trauma instrument that did her dream in. I met her husband; he didn’t seem half bad. But I still loved that she called him “Dream Killer.” And I took her experience of marriage to heart, promising I'd never get hitched without some dream insurance.

Ironically, I now think of myself as something of a dream killer in waiting, an aspiration squashing sleeper cell. Because I get emails all the time from home bakers, exclaiming their deep passion for the floured arts. And they want to know how I did it, how did I open such a lovely shop without schooling or experience in such things. They want to take the plunge too!

I don’t answer these emails for fear of stomping on such high hopes.

Because the answer is quite simple: DON’T DO IT! And don’t use me as a guide; I’m not a good influence. My story isn’t uplifting and inspirational. I had meant to go to school for this stuff. Really. But my baking took on a life of it’s own and it just happened. If I could do it again, I’d get my ignorant self educated. Because someone at some point would have said to me “you know, if you go out on your own and open a bakery, you’re not allowed to sleep.” At the very least I would have learned how to manage such a place. So my first instinct is to tell that home baker with the big dream that they should hold fast to the joy they receive in baking for pleasure. And if they must pursue a career in it, go to school. Or work in a hardcore bakery, where the hours are abysmal and the production is monumental.  Don't mortgage your life to bake unless you know what the hell you're doing.

So why is it that I, a married woman not unlike Mrs. Nestor, just up and pursued her dream of baking for a living without taking my own very good advice? I blame my husband. He’s a Dream Keeper. In marrying him, I entered a union in which my dreams wouldn’t die but would get a swift kick in the ass. And he’ll be damned if anything stops me. And this is the other thing I’d tell the baker. That if you’re married and you insist on taking a engine stalling nose dive into professional baking without the aforementioned precautions, make sure it’s to a Dream Keeper.