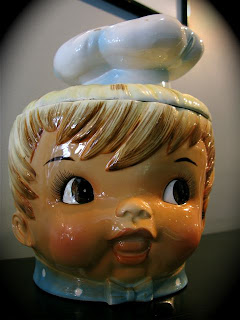 (do I smell pancakes?)
There's a small breakfast joint in Jackson, Wyoming called Jedidiah's Original House of Sourdough. Their breakfasts are insanely tasty. And the sourdough flapjacks, forget about it. Those pancakes have such an ardent following that Jedidiah's sells jars (at least they used to) of their sourdough starter along with the recipe, so tourists could take a bit of the Tetons home. Well, an acquaintance bought such a jar. Packed it in her suitcase. And if you're tending to your own starter at home, I think you know what can happen to some growing mother sponge, especially in a nice and cozy environment like fuzzy sweaters and long johns. For those who aren't watching fiendishly over a wild yeast beast and aren't familiar with her bubbly nature, I'll just say that this particular starter decided to blow the confines of her container and set about exploring the far reaches of my friend's suitcase.

Sourdough flapjacks are a thing of cowboy legend. From Alaska to the Rockies, men who made their lives in the open elements would tuck their starters in the crook of their arm while they slept to keep them alive. And they'd wake to a bubbly friend nestled in their arms, waiting to be turned into gridle cakes on an open fire.

If you are harboring you're own batch of homemade starter, why not take a load off of that growing menace and make some of your own sourdough flapjacks? Whistle a little "Home on the Range" and smother those bad boys in genuine maple.

Dilute 1 teaspoon baking soda in 1 tablespoon warm water. Only add baking soda to batter immediately prior to cooking. Mix the baking soda gingerly into the sourdough mix. No beating. It'll get a little foamy. That's normal. Let it calm down for a minute or two. And then you're ready to pour your pancakes on a hot griddle. You choose the size but cook them 1 to 2 minutes on each side until golden.
Labels: mother sponge recipe pancake recipe sourdough starter