Free to be You and Me 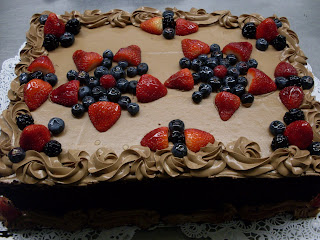 I used to sing loud and proud during the Donny and Marie show. I was convinced I sounded just like her because that’s how it bounced around in my head. I was a little bit country AND a little bit rock and roll. I could be it all because I COULD SING LIKE AN OSMOND!

And then I heard a recording of my caterwauling. It was nothing like Marie’s dulcet tones. So I stopped singing, at least so loudly. I’m sure if I heard it today, I’d think it adorable. A little girl belting show tunes convinced that everyone within earshot is damn impressed. What’s not to like.

I was also similarly convinced of my dance skills. Going so far as to volunteer my services to the Williamsburg Junior High theater director. I took class at the Washington Ballet so she’d be lucky to have me. She hooked me up with the young woman who had been hired to choreograph our spring musical. And we worked on an opening number. A solo number. Wherein I made my dramatic entrance by running from backstage and hurling myself in the air, into what I imagined was a glorious flying split. The grandest of grand jetees. When the curtain closed and I rose from my very deep bow, my boyfriend was waiting for my exit in the wings. And then he broke up with me on the spot. He was deeply embarrassed. When I watched the tape my mother had made of the performance, I couldn’t blame him.

So tonight, a little wiser and a lot older, we watched our five minute appearance on the Food Network with great trepidation. I’ve got to say, seeing yourself on television is a lot like hearing your recorded voice or your zany dancing self for the first time. It’s just not what you’d imagined. Because any time we spend examining our reflection, it’s in a mirror and usually not in motion. So I looked at Ray and said," My face looks backwards." Oh well, so I hadn’t turned into a glamorous beauty queen in the face of a camera but I really hadn’t been counting on it. But I’ve got to say, that’s one of the many wonderful things about growing older. I’ve gotten to know who and what I am and I just don’t care so much about whether my hair looks like it had an hour long board meeting with the CEO of Water Balloons Inc. All we can do is try to get better at it, to get closer to that person we were when we were rocketing ourselves with abandon onto center stage and singing with the stars like we meant it.