If You Forgive Me for Not Answering, I'll Forgive You For Asking 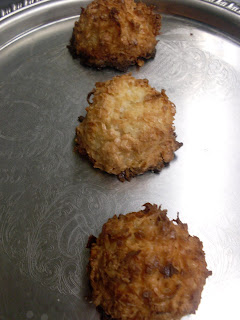 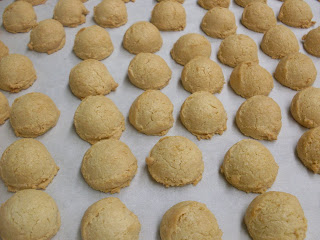 (*****Before you read this, I want to assure you that this only relates to recipes for pastries I sell in the shop and have "invented."  The things from which I make my living.  But if there's something you're looking for, a recipe you remember as a child, I'm here to hunt it down. *****)
My sister and I frequent a beautiful little teahouse in Georgia. They serve unbelievable scones. We love them. So much so, that we call ahead and reserve a spot for high tea and make sure they’ve got extra scones and then some.

One day, we were delighted to find a little cookbook on sale, cataloguing all the recipes traditionally served at our favorite little spot. So we both bought a copy. But before we got out the door, the chef came tearing out from the kitchen and begged us to stop. He had a pen in his hand.

We both handed over our copies.

But instead of flipping back the cover and adding the flourish of his signature to the title page, he cracked the spine completely to open the book to the middle. Where the scone recipe lived, the very reason for our having bought the book.

He scratched something out and then wrote in the margin. And he looked at us very sheepishly and said “I changed the ratios in the cookbook so they wouldn’t be exactly like the one’s I make. But I just gave you the real deal.”

My lovely sister happens to be a movie star, so this kind of stuff happens a lot. If I’d bought the thing alone, you can believe that no one would have hauled their ass out of the kitchen to set the recipe right. I’d have been left desolate, crying in my scone batter, wondering why I was such a miserable failure.

This little parable just demonstrates a larger characteristic of professional bakers. If you’ve got something good, I mean really good, and if you make money off of it; you’re not going to share the recipe without shedding some blood. Let’s go back to France, home of the great Master Bakers. It’s common for the lead pastry chef to cancel out his last measurement on the scale so that even his own baking assistants don’t know the exact ratios of his recipe. There are Junior Leaguers who bake for their families and an occasional bake sale who would scratch your corneas out for asking them for Memaw’s Secret Snickerdoodle recipe.

So you can imagine how I felt when I read the following email:

“I’m opening up a café in xxxxxxx, Texas and was wondering if you sold your macaroons wholesale. If not, could you give me the recipe. Sincerely, Gary xxxxxxx”

To answer the first question, no. I don’t sell wholesale. Why? Because I want full quality control of my product, I’m not going to let someone sell them as they please weeks after I would have thrown them in the incinerator. And also for many other reasons that I catalogue under “my house, my rules.”

And to answer the second question, hell no!  I spend years working on a 16th century recipe, reverse engineering and tweaking and testing, making it my own and I put a huge investment of my savings into starting a business to sell them AND YOU JUST EXPECT ME TO GIVE YOU THE FREAKIN’ RECIPE? Are you mad?

Any great baker knows better than to ask for someone’s very own, personally calculated recipe. And if you do ask, you’re usually wearing body armor, a facemask to ward off the pepper spray, your first-born with a ribbon around her head and a good bottle of hooch. You still won’t get the recipe but if you’ve presented yourself with a reasonable amount of supplication, you may get to leave unharmed.

So Gary, no. You may not have my recipe. But here’s a coconut macaroon recipe, just because I’m nice (sometimes) and I feel for your upcoming plight of opening a café. Godspeed and consider yourself lucky that you didn’t ask me in person.

P.S.: I must give proper thanks to the most excellent Joanne Henderson for teaching me the title phrase. I’ve used it often and with great pleasure.

-Combine all ingredients into a metal/heatproof bowl

-Make sure mixture is HOT and has thickened slightly, about 10 minutes

-With a medium sized cookie scoop, drop batter onto a parchment lined sheetpan bake for 15 to 20 minutes or until the edges are dark golden brown.