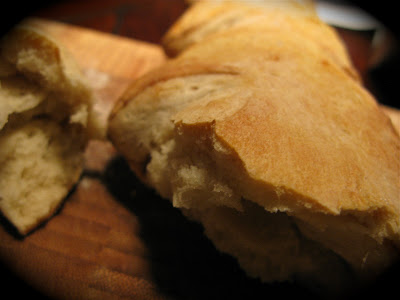 It’s not uncommon for someone to go home and bake to soothe a weary soul: cookies, cupcakes, Rice Krispie treats. These are sweet kernels of mindless confectionary meditation, the things an every day baker might be drawn to as a culinary tincture for work-a-day blues.

Maybe it was the depth of my despair at working in Hollywood or perhaps it was that I was my overachieving German mother’s daughter that led me to spend my every non-working hour at the ovens because I wasn’t compelled to wade in a shallow pool of beginner’s baking and churn out warm nuggets culled from the back of the yellow Tollhouse bag to ease my pain. That’s damn tasty but requires little in the way of dedication or mental devotion. And it really wouldn’t represent my sucrose fanaticism. Instead I mined the depths of intricate pastry work, where art and science twist in a flaky helix and demand complete understanding. And mastery.

It’s one thing to be a baker. It’s quite another to strive to be a master baker. It’s Disney Land’s Cinderella’s Castle versus France’s Louvre. The plain snickerdoodle versus the manifold Napoleon. An Easter prayer versus hairshirts and daily self-flagellation. And yes, to be a Master Baker is to toy with linguistic perversion but that’s half the fun.

But after all these years as a professional I’m not yet a true master baker, I’ve not yet earned the title. But that doesn’t stop me from striving to learn a morsel more, if only as a sacrament to an art I admire so well. So I’m taking the time to travel and become inspired again. Visiting Tartine in San Francisco and Bouchon Bakery in Yountville and admiring the work of American bakers of note. And so inspired I made some Epi, that baguette cut to mimic a stalk of wheat. Mine came out aesthetically ham fisted but it tasted beautifully. So now I’m inspired to meld the two, the taste and beauty, by dipping into my beautiful sourdough starter again and baking Epis until I become a master.