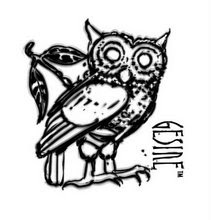 Many a moon ago, I was sitting in my kitchen in Montpelier, Vermont just noodling around. I got a call from my sister. She asked, “Hey, do you mind if I mention your almond macaroons in an interview with In Style magazine?”
I'd created a recipe for delicious French almond macaroons. And I had left my life and job in Hollywood to try and make it in the rough and tumble world of professionally baking treats like my sweet little almond morsels in rural New England. But at the moment of the call, I hadn’t quite jumped into the fire. I was waiting for the next term at the culinary school to start so I could learn a few tricks. And on the side I did some experimental pastry work in my residential oven. I’d even had a few hundred orders of my macaroons for Christmas gifts. Granted, the entire order was made by my sister for the production company I’d just left, but still. It was an order. But all in all, like I said, I was really just noodling around.

But a mention in In Style? Are you kidding me? Nepotistic shout out or not, it was a big deal. Like, get off your ass and start a real bakery because you’re going to get a crap load of orders in a few months and you don’t have a place to bake commercially and don’t have a business plan and, come to think of it, you don’t even have a real business kind of big deal.

So began the slapstick genesis of Gesine Confectionary. I worked out of a food cooperative called the Vermont Food Venture Center at first. Brian, the guy who runs the joint, broke me into the world of food production. I had to get nutritional values, make the product shelf stable, figure out packaging and shipping, start a website to take in the orders and wear a hair net. I had to contact the FDA and give them a heads up that I was selling a comestible throughout these fair United States and prove that it wasn’t hazardous to the general welfare of her lovely citizens.

And all the while, my husband and I were gutting a little storefront on the outskirts of Montpelier and our contractor friends were putting it together again so the little rundown turn of the last century general store could be reopened as a tiny pastry shop nestled in the Green Mountains. And she was a bang up success, our little shop: mentions in magazines, an appearance in Food Network and wonderful regulars.

And then I wrote a book all about our sweet adventure and my transformation from sugar obsessed kid to Hollywood player to countryside cookie peddler. Shameless plug alert: it’s coming out on September 8th on Broadway Books. Pre-order on Amazon or wait to pick it up at a hardcover retailer near you in the fall!

We’ve since sold the sweet building on Elm Street that housed Gesine Confectionary and we took a sabbatical of sorts. For four months we’ve been in Austin Texas consulting on the opening of a beautiful shop called Waltons, handing out pastry and coffee tips until we were ready to head home again.

So now, we’re home. And I’m looking to start the next incarnation of Gesine Confectionary. So I’m on the hunt for a place, just a small commercial kitchen where I can bust out my flaky, chewy and melt in your mouth gems and package them for retail sale. But this time, I’m moving forward with a wealth of experience and plenty of business bruises. Do I want another real life storefront? I don’t think so. Do I want to take big chunks of time off, have the luxury of visiting with friends after the sun sets and have a schedule where I don’t have to wake at 3:30am every day? Yes please.

So that’s the goal and that will be the journey. But this time, I’m taking you with me. So if you ever wanted to start up a bakery, stay tuned.  And wish us luck.