My Life From Scratch: Starting Life Over, Once Cake at a Time 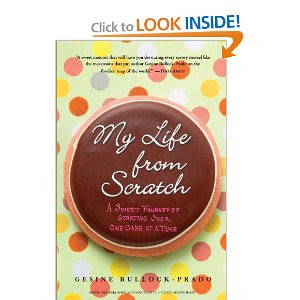 Confections of a Closet Master Baker. That's the title of my book. Confections instead of confessions because that's what I do. Closet because my baking life is aspirational and at one point it was indeed a bit of a secret. And Master Baker because who wants to just be a baker? And it sounds naughty when you say it out loud. Kind of like pianist but probably worse.
But the title is going to change when the book comes out on paperback in June. At first I was disappointed that my publisher wanted something new; I was so chummy with what I'd come up with originally. But after a while, I warmed to the idea. I came up with a new title and now that I think about it, it probably conveys the nature of my story better. So look out for the paperback in June.
In the meantime, buy the hardcover with the naughty title while it lasts.