With Delusions of Sugarplums... 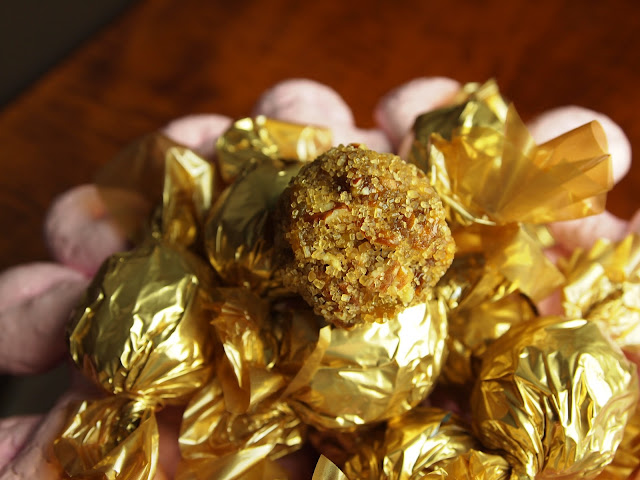 I danced with the fire and intensity of a thousand suns.  I pirouetted, I jettéd, I pliéd and arabesqued.  I did all these things with the lumpy grace of an ardvark.

I never fathomed that the euphoria and beauty that I felt as I spun and sprung didn't manifest into physical divinity.  I relished the glee and never bothered to look in the gargantuan mirror that lined the entirety of the studio of the dance academy on Wisconsin Ave.  Had I chanced a peak, I'd have seen a  schlumpy, slouchy dervish with a manic grin plastered to her face.

I should have sensed that my talents did not lie in dance when I auditioned for the Washington Ballet's annual production of the Nutcracker but I felt nothing but pride when I scampered into my mother's warm car and squealed, "I'm a rat!  I'm a rat!"

That my dance instructors deciphered my corporeal movements as that of a rodent didn't squash my delusion one bit.  I had a part!

It took some time, perhaps a year, for me to discover the truth.  After a solo dance performance during my Junior High's annual musical production, my boyfriend broke up with me.  He said, and I quote, "Man, that was just too embarrassing."

So it came to be that I would never dance the dance of the Sugarplum Fairy.

I can, however, make a sugar plum. 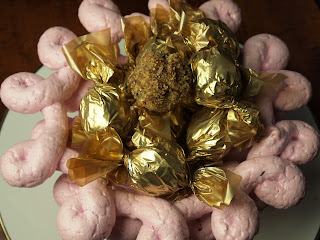 Anna Pavlova was a glorious dancer, one famed for dancing the role of the Sugarplum Fairy.  So she had that going for her.  Oh, and then someone named a fabulous dessert after her.

In honor of her injudicious fabulousness, I've built a pavlova bowl to house the sugar plums. 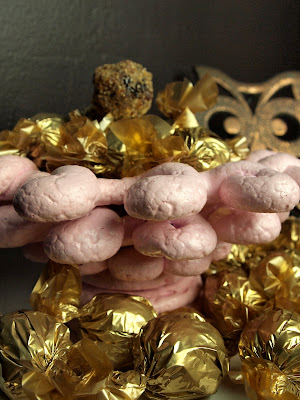 Whisk the egg whites, purée, cream of tartar and salt until the egg whites start to foam.  Slowly pour in the sugar and beat the meringue until you achieve very stiff peaks.

Pipe the meringues first into 3 disks:  one 3 inches in diameter, one a 1/2 inch smaller and a third 1/2 smaller than the last. 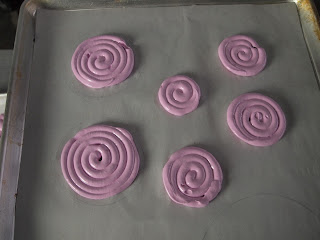 Then pipe "flower" rounds.  One 4" in diameter and increase the size from there, making each circle about 1/2 to 1 inch larger than the last.  I've only used 3 disks and 3 florets to make a very shallow bowl. Any more and the whole thing can become very unstable.  So I often pipe a few disks that are the same size and pick whichever looks the best and then eat the rest. 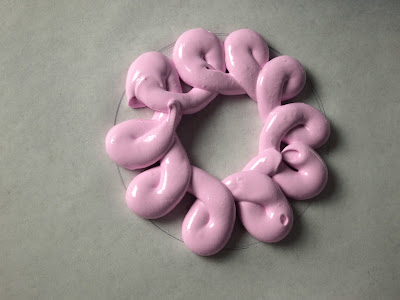 Bake at 225º - 250º for an hour and 15 minutes (or until the meringues harden).  Monitor the meringues to make sure they aren't browning.  Any hint of browning and you should lower the heat in your oven.

To assemble the bowl, stack the disks so the largest is first and then the middle and then the smallest is on top. The smallest "flower" disk will sit on top of the smallest regular disk and you'll add increasing larger flower disks to create your bowl.  Stack as many as you dare.

For the Sugar plums

Sugar plums were originally simply sugar covered coriander and developed into a more involved confection as time passed.  Now, it can include plums but needn't.  The general ingredient list is dried fruits, spices, nuts and honey.  I've added a bit more binding to the mix to keep the balls chewy and compact.  Use which ever nuts and dried fruits you like best, you can even use prunes.

-toss the nuts, dried fruits, zest and dry spices and salt in a bowl until the fruits and nuts are coated
-in a heavy bottomed saucepan, heat turbinado sugar with 1/4 cup water  and the bourbon over low heat, stirring until the sugar has melted.

-increase the heat to medium high and cook the sugar until you reach "soft ball" on a candy thermometer or 234º.  Stir in the honey and allow to dissolve into the sugar syrup.  Take from the heat and pour the mixture evenly over the nuts and dried fruit.  Immediately and very quickly use your spatula or spoon to stir the mixture so that they are all evenly coated. 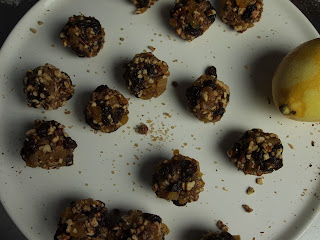 -coat your hands with non-stick spray and grab small portions of the mixture and squeeze into golf ball sized orbs.  Squeeze hard so that the stuff sticks together and holds it's shape.  Roll in the turbinado sugar to coat and wrap in wax paper and store in a cool dry place or display for a short time in a Pavlova bowl to get the full sugar plum effect.