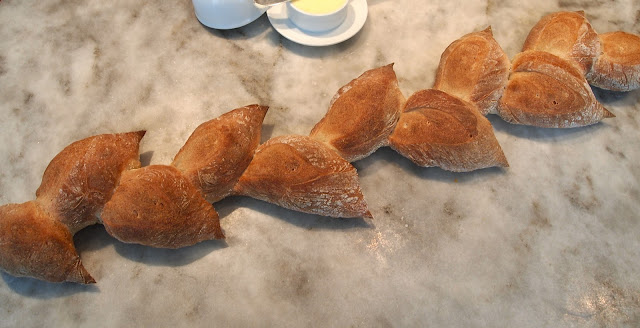 Just after the Autumnal Equinox, as the harvest rolls around with its gorgeous moon and lovely sweater weather, I'm compelled to break out my scissors and snip away at perfectly good baguettes waiting for their turn in the oven.

Does this culinary elective surgery provide any meaningful flavor enhancement?  No.  Does it elevate a standard loaf of bread to a crusty symbol of seasonal fecundity?  Why yes, yes indeed it does.

You too can make your very own épi de blé, the baguette sliced to mimic a sheath of wheat in honor of the harvest.  Just follow my tutorial and snip away to Autumnal happiness, sweet people!

I use my standard sourdough recipe for baguettes with a minor adjustment:  I use a French flour for optimal baguette gluten ratios.  Leave it to King Arthur Flour to make the stuff so that we can bake the crispy, airy, chewy stuff in our very own kitchens without flying to Paris.  Yes, I know that traditionally baguettes aren't made with a sourdough starter but if you had the 20 quart behemoth that was my mother sponge in your bakery, you'd think twice before making any breads without it. 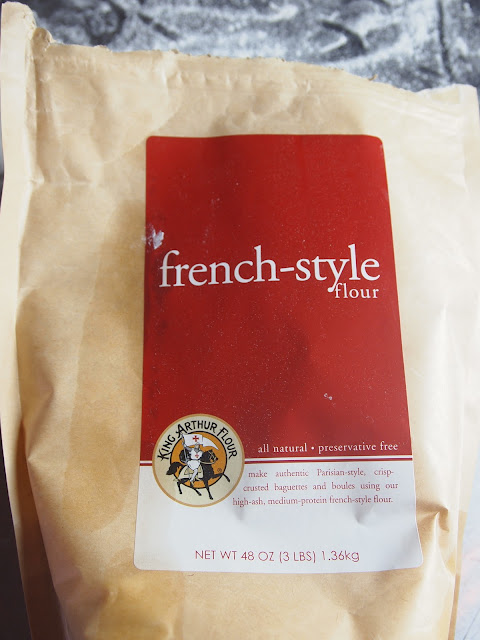 Follow sourdough bread procedure but do the following hootchie koochie bread dance with your scissors to make it extra special:
First, divide the dough into three even pieces. 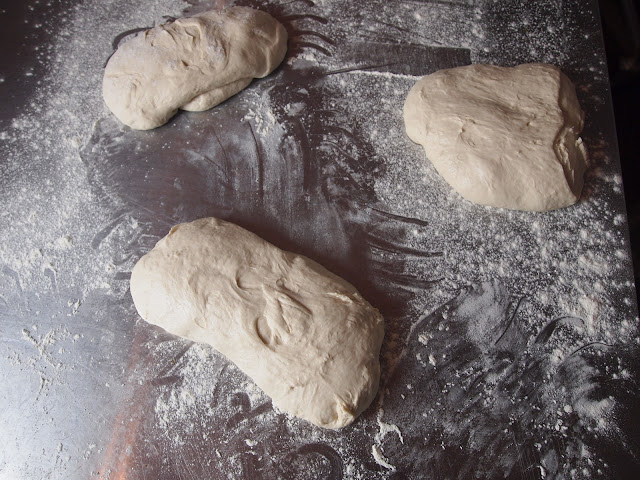 Second, flatten each piece to release any air bubbles. 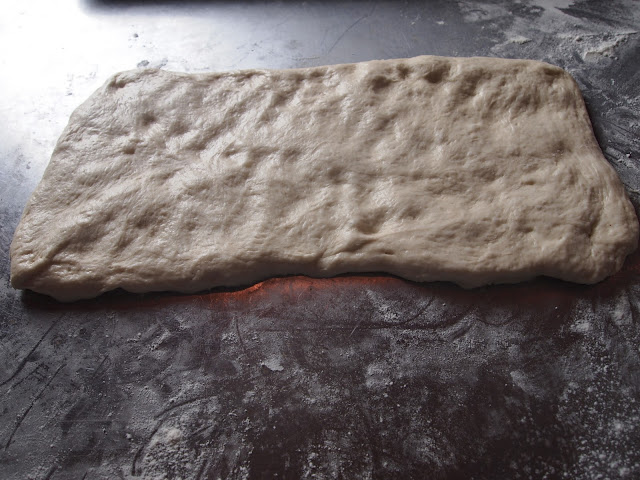 Third, roll the dough into a tight cylinder, making sure that the seam faces down (pinch the seam to keep it tight and secure). 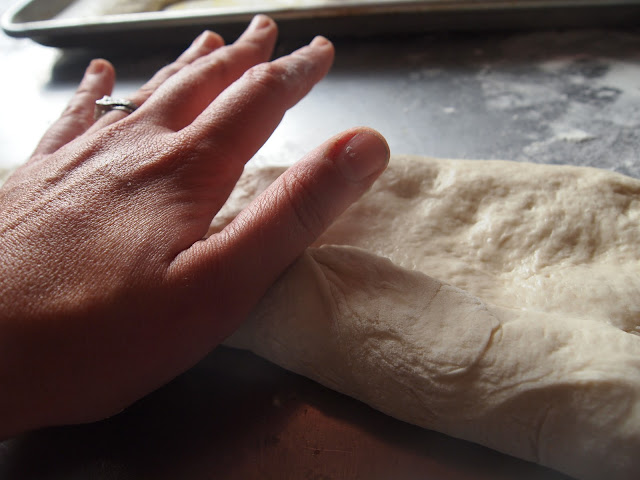 Forth, gently roll the dough into a long baguette, starting at the middle and working gently outwards.  Place the baguette onto a cornmeal dusted sheetpan. 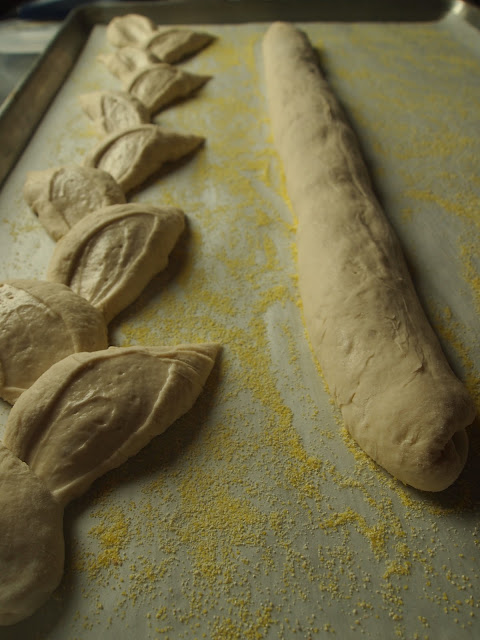 Fifth, holding your scissors at a 20º angle, slice into the baguette a few inches from the tail end. 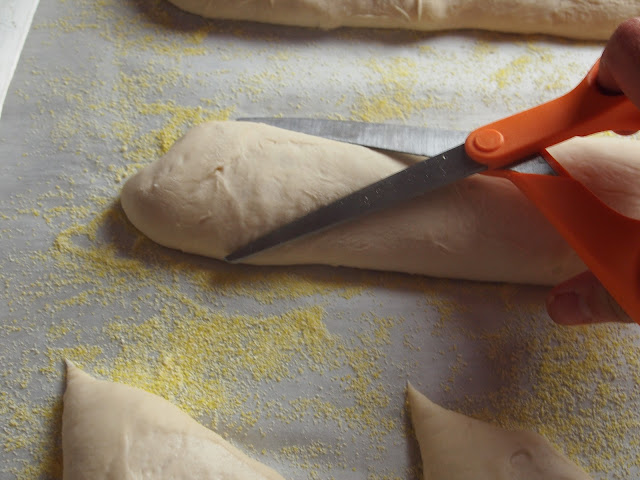 Continue slicing every few inches and gently pulling each piece to the side, alternating sides between each snip. 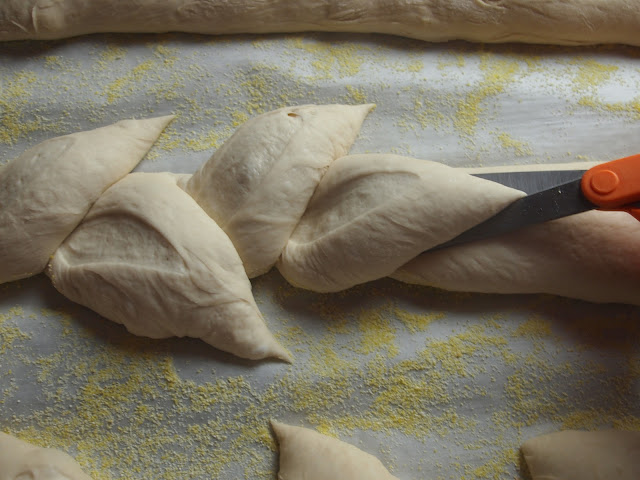 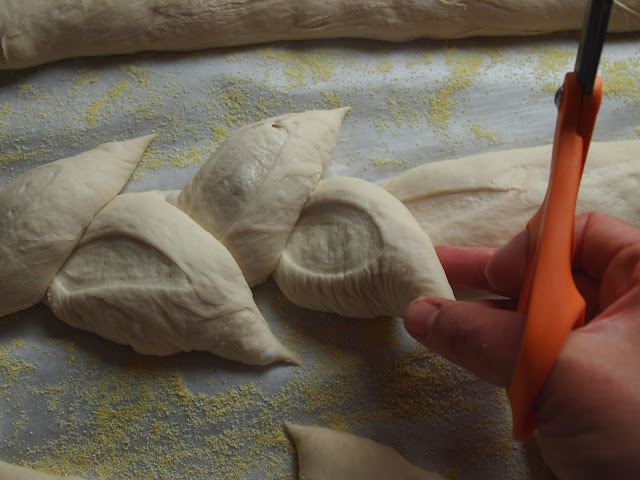 I prefer to make the cuts before the second proof, just after I've formed the loaf, as opposed to cutting the pieces just before it's ready to go into the oven but you may slice away just prior if you wish.  I find that if I slice before to the bread is proofed, the final product has starker "wheat sheath" appearance but that could just be me. 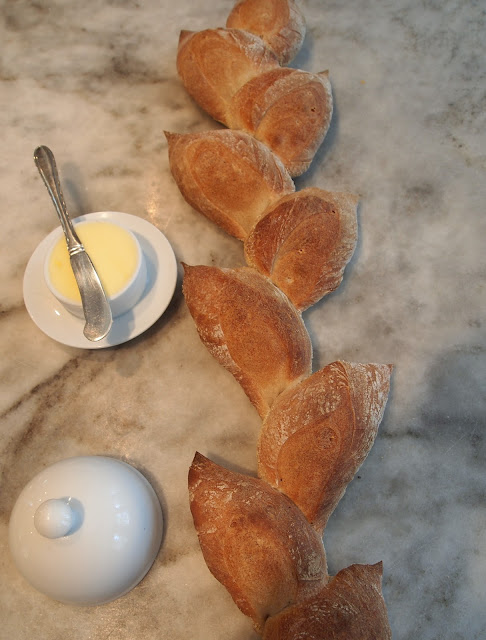