Spring Is Berry Close. A Recipe for Key Lime and Berry Sponge Cake 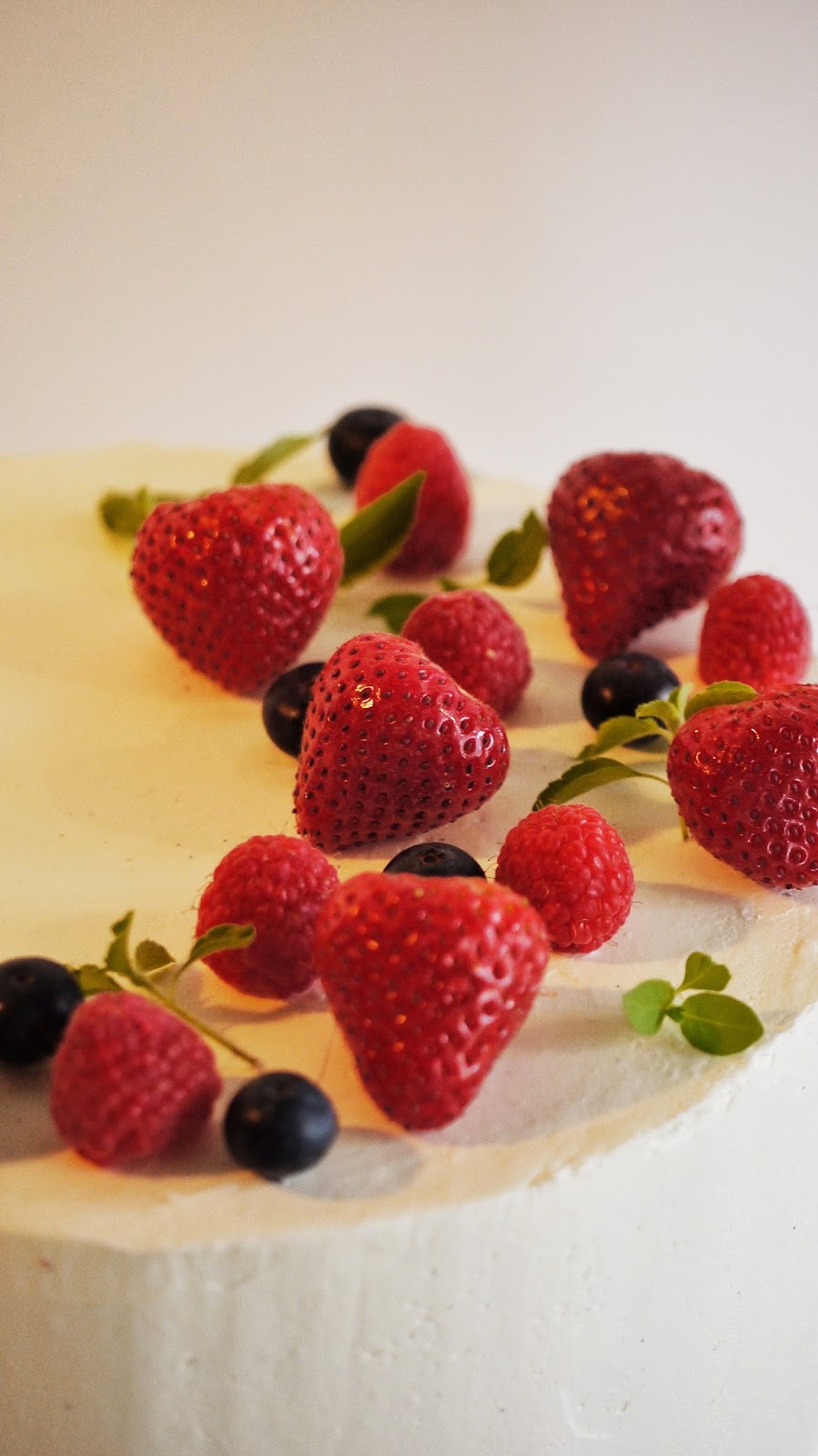 Spring is likely a reality for you, with endless days of temperate weather and trees abloom.  Here in Vermont, spring made a pit stop somewhere south of New England, got drunk, passed out and couldn't find his car in the morning to make the rest of the trip up north.  Every few days, temperatures threaten to break 60º and we rejoice by baring our chalky limbs and then BAM, it's freezing again. 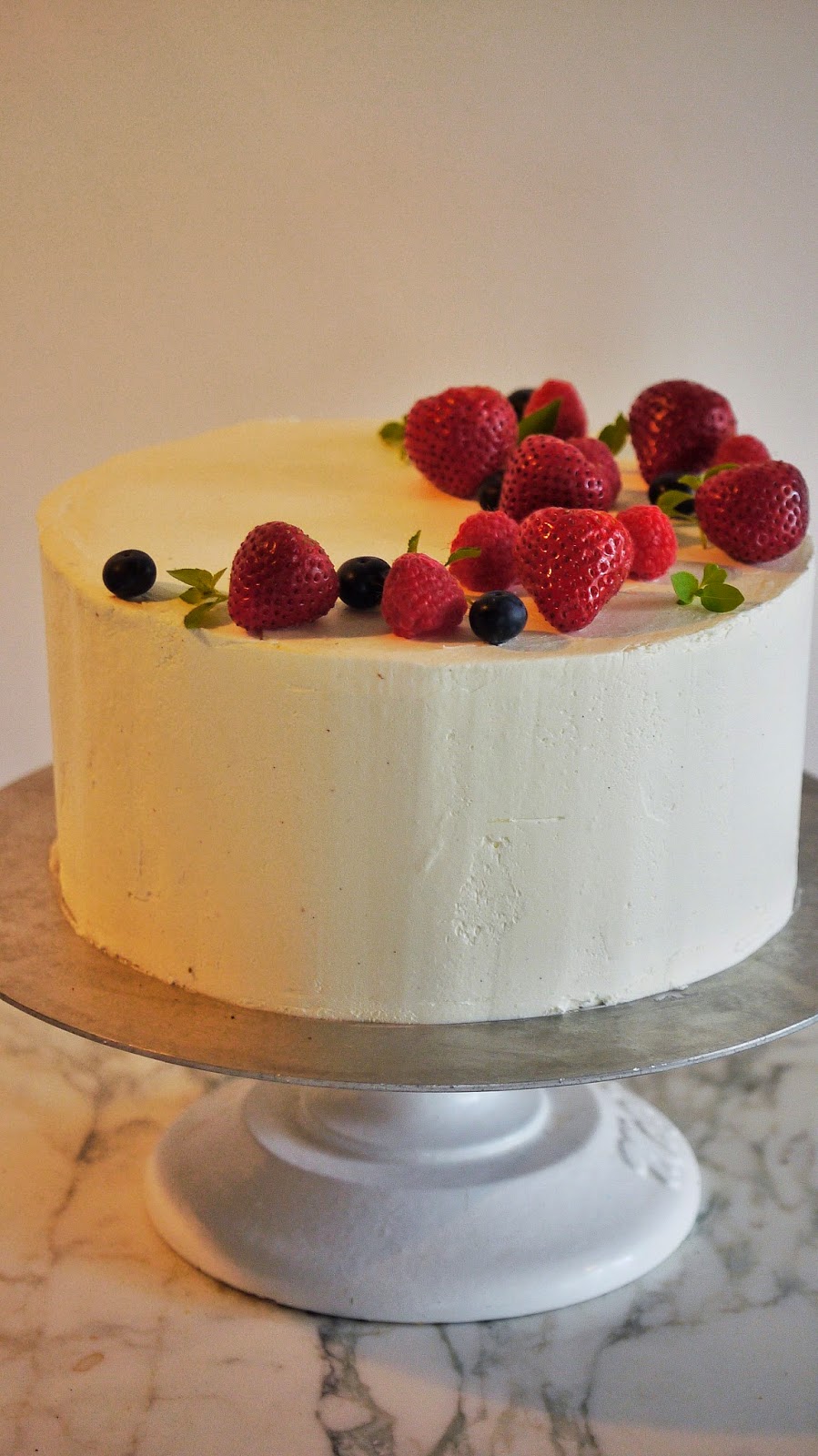 I'm making the best of it.  When the going's good I race around the property, a gardner possessed.  Pruning shears in one hand, a shovel in the other and a lunatic gleam in my peepers. 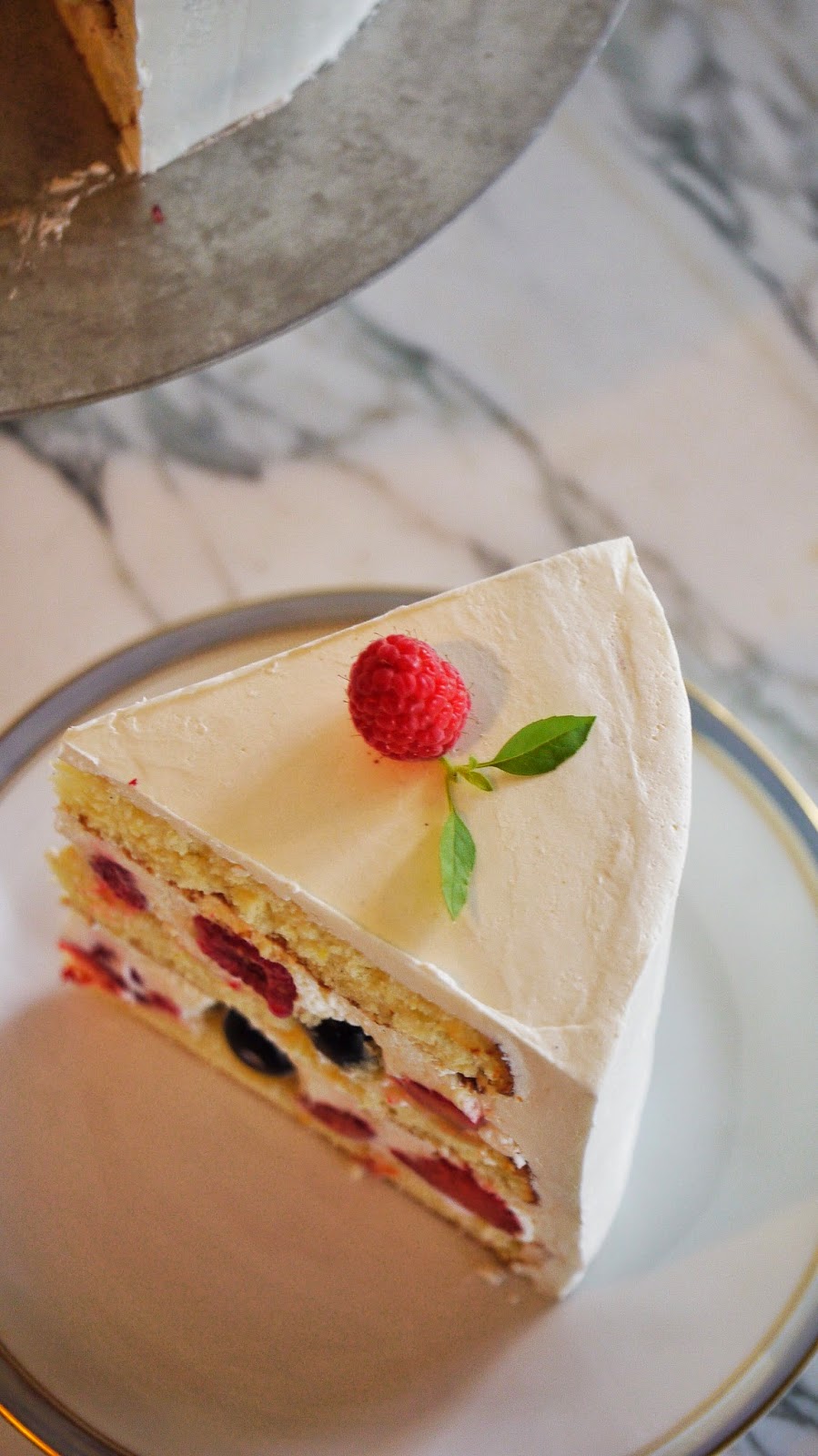 When winter weather creeps back over Freegrace, I shake my fist at the sky and yell "Damn you, spring, you're drunk again!"  I then run into the house and I bake to appease my frozen little heart, layering cakes and cream puffs with bright berries.  I'm a veritable pastry Smaug with all the bejeweled fruits I've been hoarding in my bakery.

Today it's raining.  The temperature is steady at 38º.  That means I'm making cake with spring berries, dammit.

Preheat oven to 350ºF.  Spray three 9" cake pans with non-stick baker's spray.  Line the bottom of the pans with a round of parchment.  Set aside.

In a small bowl, whisk together the flour and baking powder for 30 seconds to distribute the leavening.  Sift the flour mixture over the egg yolk mixture and then stir the two together until smooth.  Set aside.

In the bowl of a stand mixer fitted with the whisk attachment, combine the egg whites and salt.  Whisk on high until the egg whites just start to get foamy.  Sprinkle in the cream of tartar and whisk for 10 seconds.  Slowly add the remaining 3/4 cups of sugar, continue whisking on high until stiff peaks form but the egg yolks aren't dry.

Transfer a 1/4 of the egg whites to the egg yolk mixture and whisk to combine and lighten.

Transfer the remaining egg whites to the egg yolk mixture and fold them in with a large rubber spatula until no white streaks remain.

Divide the batter between the three prepared pans and bake until the cake just springs back and a toothpick inserted in the middle of the cake comes out clean, about 20 - 25 minutes.

Hull all but 5 or 6 strawberries and cut in half. (Reserve the whole strawberries for the top of the cake). Place in a bowl and add the lemon juice, zest and sugar.  Stir to coat and allow to macerate until the sugar is melted and the juices run, about 20 minutes.  Set aside.

Place the bowl with the gelatin in the microwave and nuke at 10 second intervals, swirling the gelatin in between blasts, until the gelatin is completely melted.  Set aside for 10 minutes (the gelatin should still be liquid but not hot before adding to the whipped cream)

In the bowl of a stand mixer fitted with the whisk attachment, combine the heavy whipping cream, mascarpone cheese and confectioner's sugar.  Whisk until medium peaks form.  Add a tablespoon of the cream to the gelatin and stir to combine, this tempers the gelatin so it won't seize when it hits the rest of the cream.  Slowly pour in the gelatin mixture into the whipped cream with the mixer on high and continue whisking until stiff peaks form.

Place the whipped cream into a large piping bag fitted with a large plain tip.  Pipe half the whipped cream in between and around the berries, making sure not to pipe any cream over the edge of the cake.  Use an offset spatula to even out the cream layer.  Place a second cake layer atop the cream and berries and gently press to adhere the top layer.  Brush with the remaining juice from the strawberries and top with the remaining halved strawberries and the mixed berries.  Wrap the cake in plastic wrap and refrigerate for at least 1 hour or until set.

Place the sugar, egg whites, vanilla bean paste and salt in the bowl of a stand mixer fitted with the whisk attachment.  Place the bowl into a simmering saucepan of water set over medium/low heat.  Whisk constantly until the sugar is completely melted and the mixture is hot to the touch.  The temperature of the egg mixture should reach at least 160º on a candy thermometer.

Transfer the bowl to the stand mixer and whisk on high until you achieve stiff peaks and the bowl is cool to the touch.  Add the room temperature butter, a few small pieces at a time, whisking until the buttercream thickens and is smooth.  You may not need all of the butter, so be patient between each addition.  If the mixture looks as if it's curdling and not smooth, you are very close.  Add another tablespoon or two of butter and whisk away.

Spread a smooth, even layer of buttercream over the top and sides of the cake and allow to set in the fridge, about 20 minutes.  Top with the remaining berries and a few springs of edible greenery (I used lemon basil).