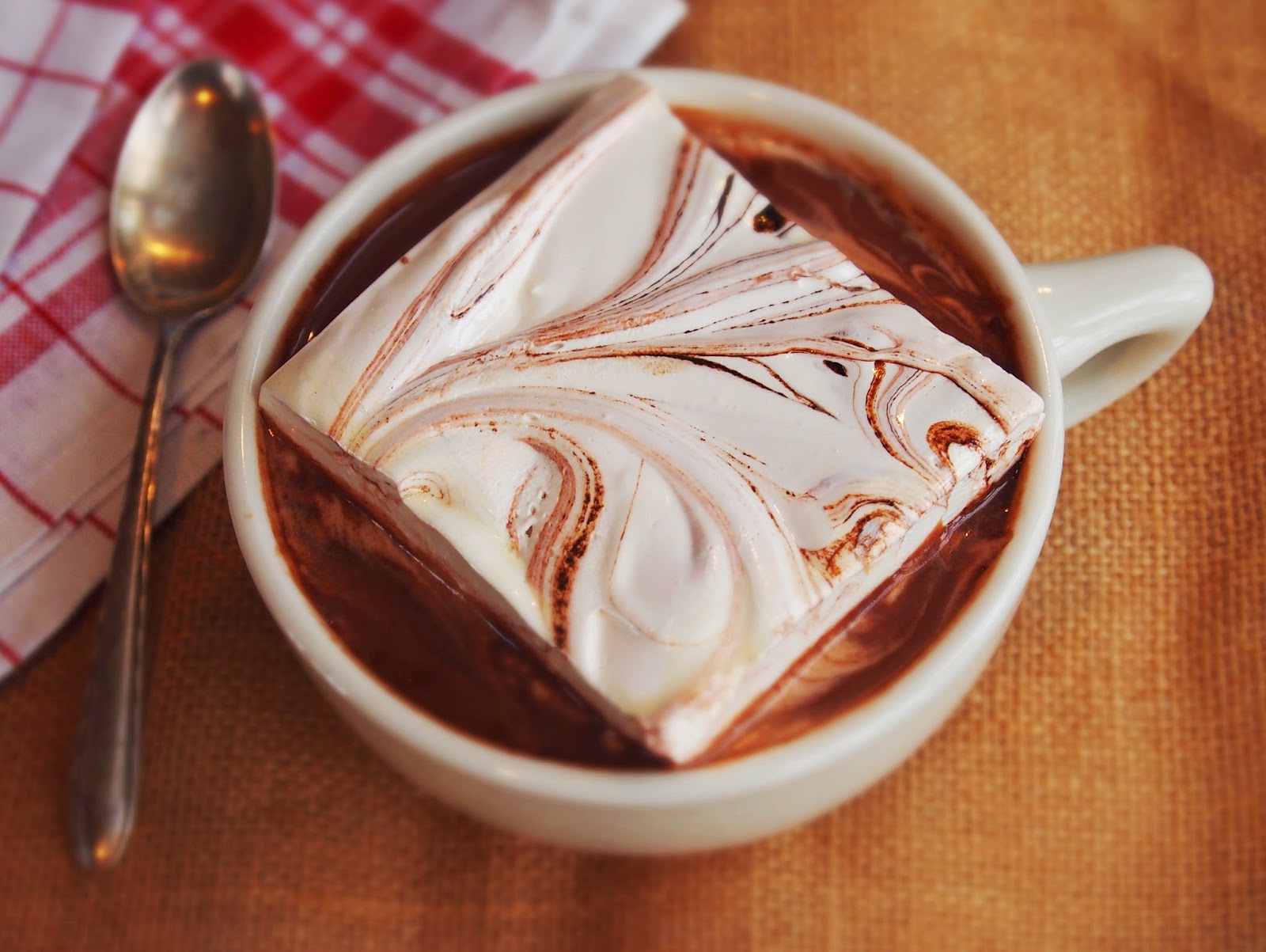 I started making hot cocoa from homemade chocolate truffles years ago.  At our shop, while playing with cocoa recipes, I dug into a vat of freshly made chocolate ganache, from whence truffles are made.  I whirled a heaping tablespoon into steaming milk.  Goodness gracious, that was a sublime mug of cocoa. 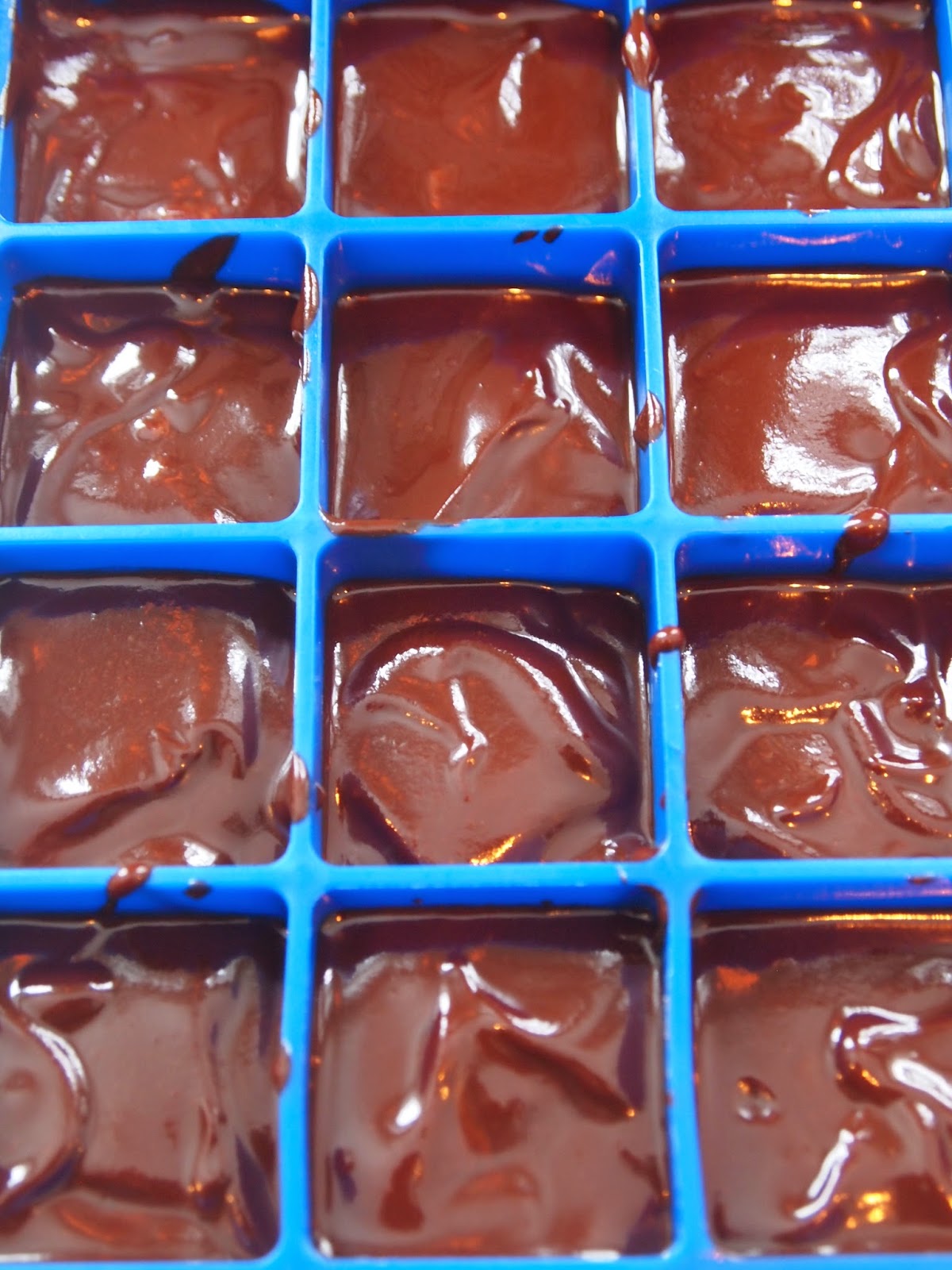 Since then, I've created a failsafe method for making the perfect cup of cocoa:  I evenly divide the ganache among silicone ice cube trays that measure an inch wide and tall.  For an added zing, I stir a little cinnamon and a pinch of cayenne into the hot ganache before divvying up. 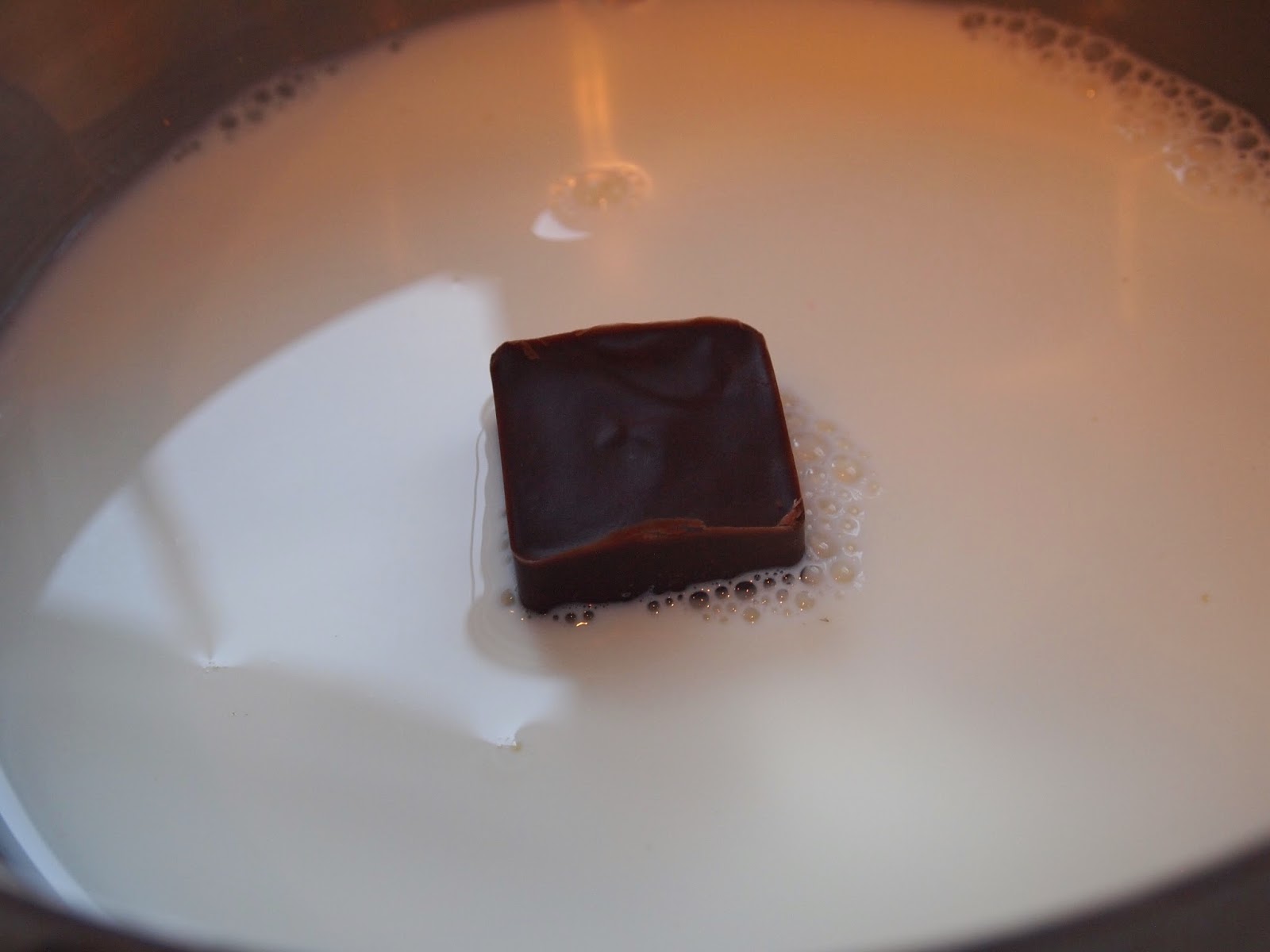 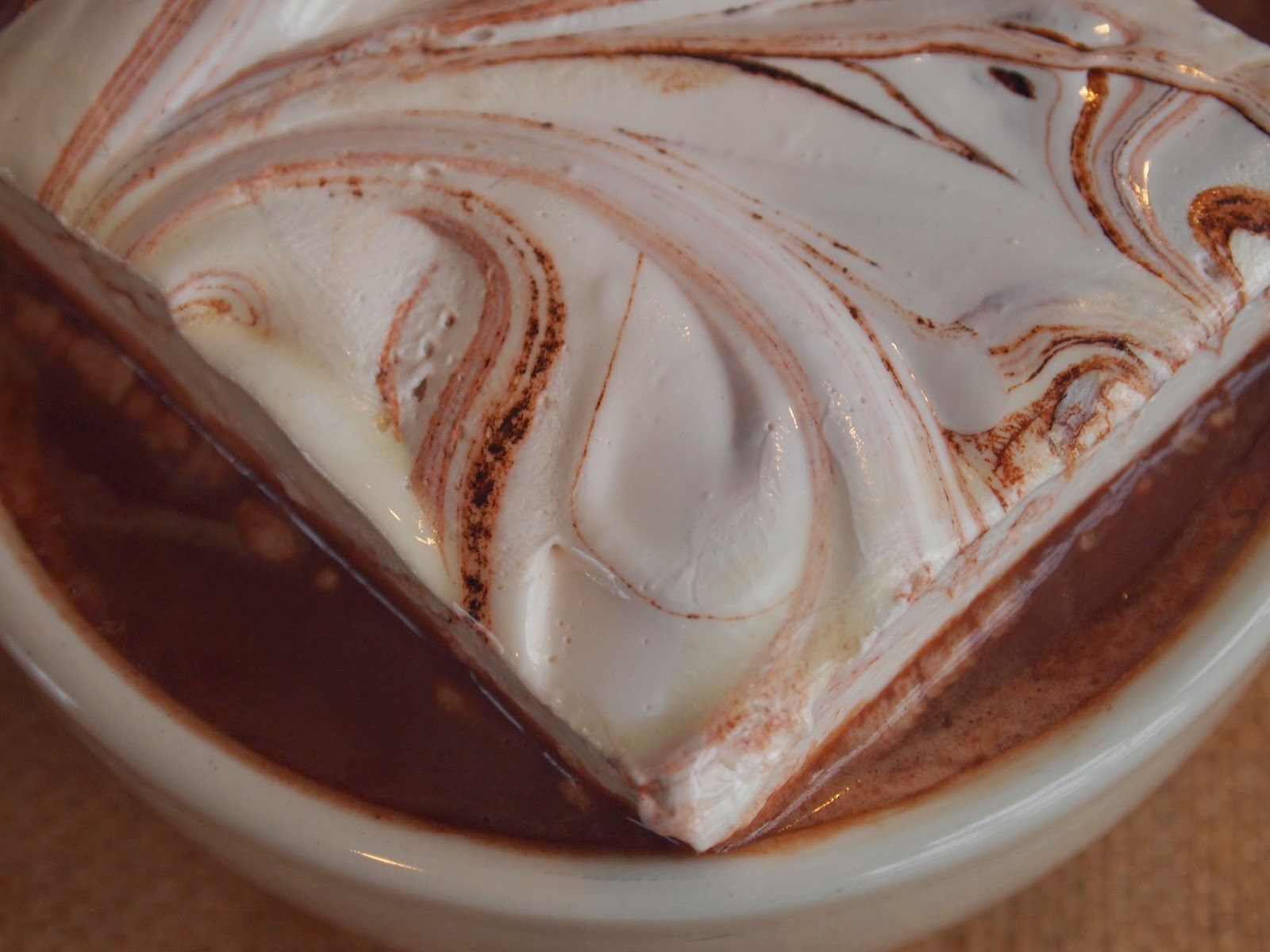 Top it off with a giant, homemade marshmallow and you'll never leave your comfy chair unless you need to get more cocoa.

Chop the chocolate finely and place in a heatproof bowl.

In a small saucepan, combine the heavy cream, butter, cinnamon, cayenne and salt.  Stir over low heat until the mixture just begins to simmer.

Pour the hot cream mixture over the chocolate, making sure the chocolate is completely covered, and allow to sit for 2 minutes undisturbed.  Whisk until smooth.

Divide the ganache into 12 cavities of a square ice cube tray that measures 1" wide and 1" tall.

Allow to set in the fridge, about 1 hour.

For a large mug, place 1 1/4 cups whole milk in a small saucepan along with 2 cocoa cubes.  Stir over medium heat until the truffle has completely melted into the milk and the milk is steaming.  Pour into your waiting vessel and top with a marshmallow.  The same method applies to a small cup of cocoa:  1 truffle cube + 2/3 cup milk in a saucepan.  Stir until melted and steamy.

For flavored marshmallows, see my recipe in Better Homes and Gardens HERE.

Line a 9" x 13" pan with parchment and lightly spray with non-stick cooking spray, make sure the parchment hangs over the long side of the pan.  Set aside.

Pour the water and vanilla into the bowl of a stand mixer fitted with the whisk attachment.  Sprinkle the gelatin over the water in an even layer and allow to sit until the gelatin looks soaked through and appears like wet sand.

In a large saucepan, combine the corn syrup, sugar and salt.  Stir over medium heat until the sugar is melted.  Attach a candy thermometer and heat to 240ºF.  With the mixer running on high, carefully pour the sugar mixture down the side of the bowl into the gelatin and whisk on high until the marshmallow has quadrupled in volume, bright white and the bowl is cool to the touch.