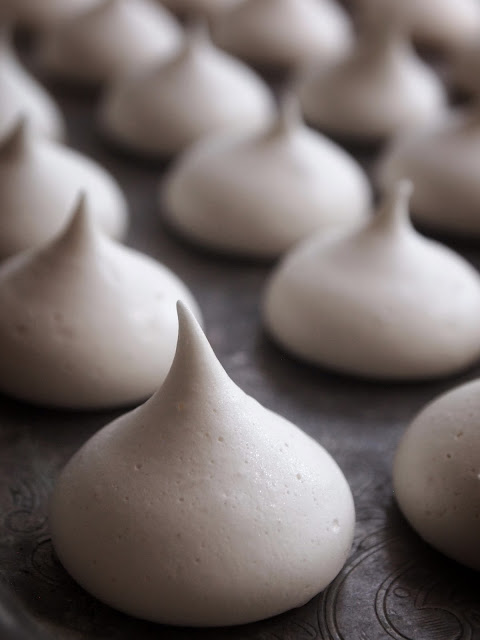 Don't you love it when a product is marketed as a "miracle" and it actually is, in its own benign way? That's true for aquafaba or chickpea juice. It's been touted as the vegan egg replacer to replace all egg replacers.  Some genius (vegan baker Goose Wohlt) realized that the goo left in the chickpea can is actually good for something other than oozing down your kitchen drain (along with the lone chickpea that accidentally goes for the ride into the Insinkerator).  Quite frankly, I believe that garbanzo juice will end up becoming the main reason you end up buying a can of (hopefully BPA free) chickpeas and you'll end up scratching your noggin' for new ways to use all those leftover beans.  There's only so much hummus a gal can stomach.  But meringues?  Can't stop, won't stop. 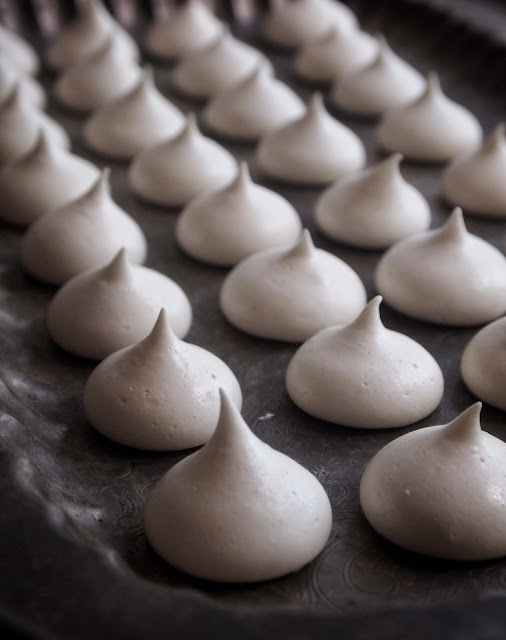 That's the beauty of the protein packed garbanzo water:  it whips up into a stable foam BEAUTIFULLY.  We're talking stiff peaks, people.  And when baked off, they are light and airy (even more so than a traditional meringue).  And, yes, they are stinkin' delicious.  You know what that means?  Next up:  vegan pavlova, vegan macarons that don't require expensive lab generated foaming agents. 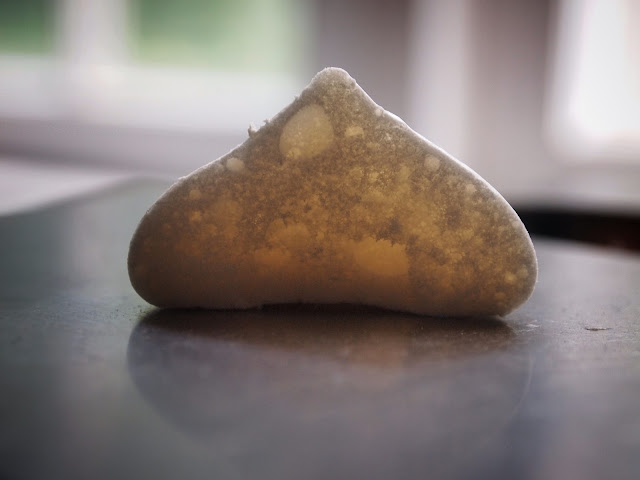 Whether you are vegan, allergic or simply faba-curious, this is a gorgeous way to dip your toe into the aquafaba world.  Who knows what it will lead to?

This recipe makes about 90 tiny meringues.  The same rule that applies to traditional meringues applies to these:  humidity will make them sticky after a while out of the oven.  So eat them quickly or store them in an airtight container.

1 cup vegan sugar (if you buy a vegan sugar with large granules, pulse it in a food processor to make it very fine)
1 cup aquafaba/chickpea juice from about 1 can of canned chickpeas (also known as garbanzo beans)
1/4 teaspoon salt
1/2 teaspoon vanilla extract

Preheat oven to 250ºF.  Line 3 half sheet pans with parchment paper.  Fit a large pastry bag with a large, plain tip.  Set aside

In the bowl of a stand mixer fitted with the whisk attachment, whisk the aquafaba until soft peaks form.  Add vanilla and salt and whisk to combine.  Slowly add the sugar and continue whisking until you achieve very stiff peaks. 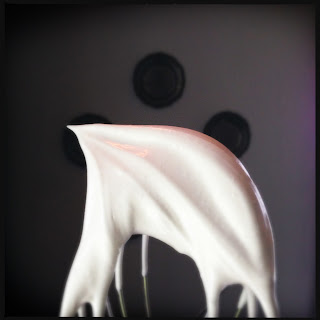 Transfer the meringue to the prepared pastry bag and pipe quarter-sized dollops onto the parchment lined sheet pans, leaving about 1/2 inch between meringues.

Bake for 35-45 minutes or until the meringues are firm and baked through.  Allow to cool completely.