It's been a spectacular fall in Vermont.  I've spent every moment savoring it.  Before all the color and sweetness fades, I dove once more into our ancient apple tree, collecting what fruit was left. 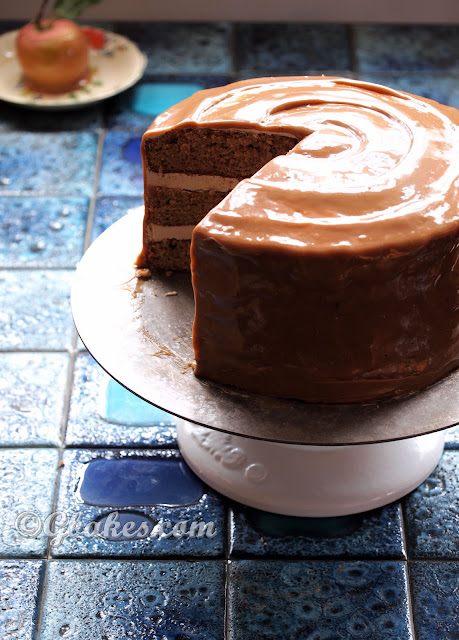 The recent frosts have made the the juices sweeter but, at least for this variety, have done nothing to compromise the crispness of the flesh.  That means I'm collecting some for cider, some to cellar and a few for a cake that pays homage to a glorious autumn. 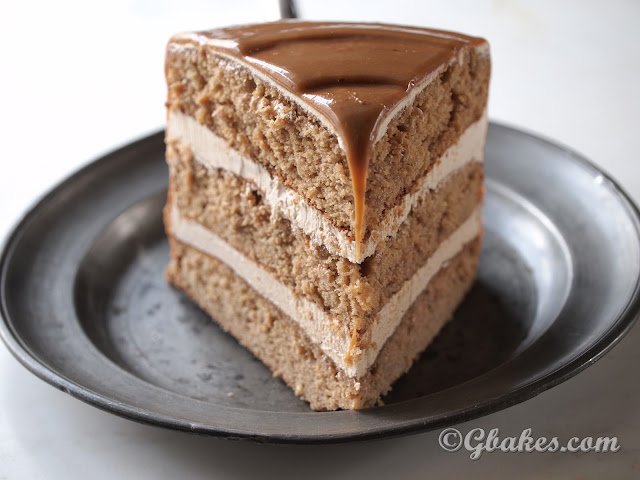 This cake is unbelievably flavorful and moist.  It's gorgeous as a layer cake but equally well suited as a bundt.  For those directions, click HERE. 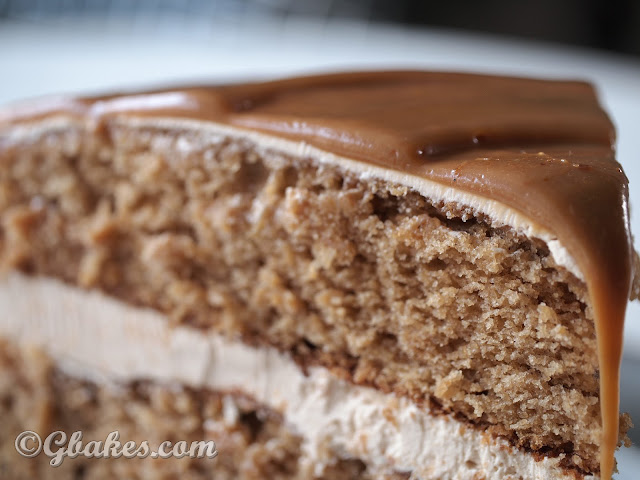 Preheat oven to 350ºF, conventional.  Line the bottom of three 9" cake pans with parchment paper and spray with non-stick cooking spray (or baker's spray).  Set aside. 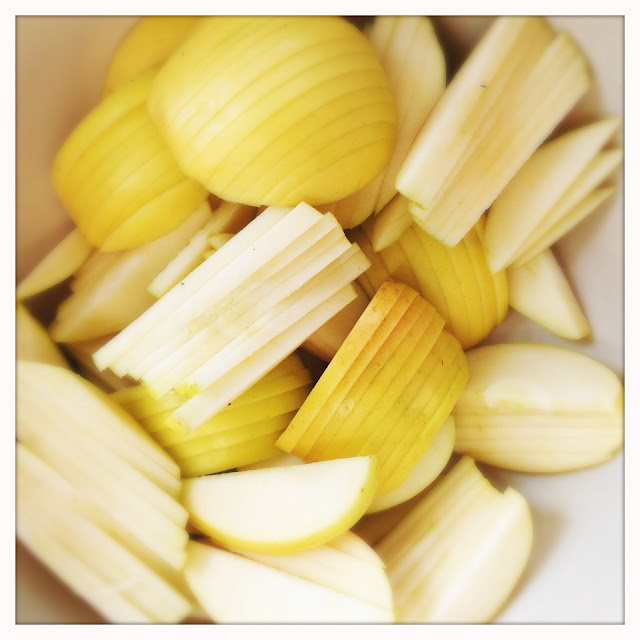 In a large pan, melt the butter.  Add the apples, brown sugar, apple cider, apple cider vinegar, vanilla and salt.  Stir over medium heat until the apples are very soft. 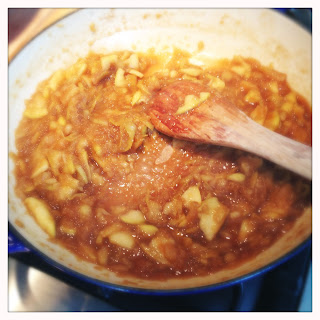 Transfer to a food processor and pulse until smooth.  Allow to cool.  Should make 2 - 2 1/4 cups applesauce. 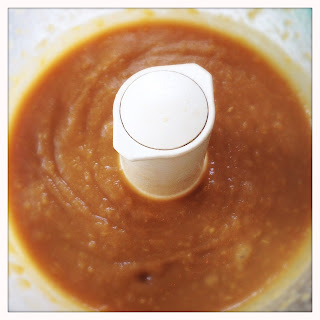 In the bowl of a stand mixer fitted with the paddle attachment, combine the butter and brown sugar.  mix on high until light and fluffy.  Scrape down the sides of the bowl.  Add the eggs, one at a time, beating between additions.

Add half the flour mixture to the mixer and mix to just combine.  Add half the applesauce and mix.  Add the remaining flour and applesauce, mixing until a smooth batter forms. 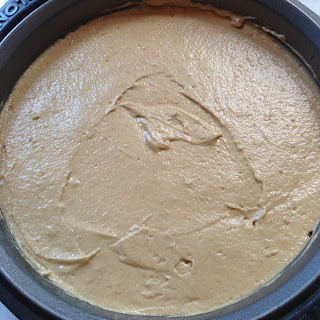 Divide the batter evenly among the three prepared cake pans and bake for 25-30 minutes or until the cake springs back when gently poked.  Set aside to cool completely.

For the brown sugar/apple cider buttercream

In a saucepan, combine the brown sugar and cider.  Stir over low heat until the sugar is melted.  Increase heat to medium and cook the sugar mixture until it reaches 234ºF - 240ºF.

In the bowl of a stand mixer fitted with the whisk attachment, combine the egg whites and salt.  Whisk until the eggs are just foamy.  Slowly pour the brown sugar mixture SLOWLY down the side of the bowl once it has reached temperature with the mixer running on medium speed.  Increase the speed to high and continue mixing until the the meringue achieves stiff peaks and the side of the bowl is cool to the touch.

Add 1" butter pieces, on at a time, mixing constantly, until the buttercream thickens and smooths.  It may look "broken" or "curdled"
after a while but this simply mean you're getting close.  Keep mixing add another nob of butter, until it comes together.  You may not need all the butter.

Place one layer of cake on a cake stand.  Using a pastry brush, brush a small amount of the cake syrup evenly over the top of the cake and allow to sit a few seconds to allow the syrup to soak through the cake.

You can also leave the sides naked, and not bother with the caramel and in that case, apply 1/3 of the buttercream to each layer (although, you really should bother....it's delicious), when spreading the buttercream on the layers, coat just to the edge and press only to adhere the layers, being careful that the buttercream isn't pushed out beyond the cake's edge.

Refrigerate the cake until set, about 1/2 hour (you can also freeze for half the time).

For the apple cider caramel frosting

Melt the butter in a large saucepan.  Add the evaporated milk, sugar, apple cider and salt.  Stir over low heat until the sugar has melted.  Continue cooking and stirring constantly over medium heat until the mixture thickens and reads 234ºF on a sugar thermometer.  Remember, stir constantly otherwise the mixture will burn.  This takes a long while, up to a half hour.

Allow the mixture to cool a bit, for about 10 minutes, and then using a wooden spoon beat the mixture until it is completely cool and spreadable but still shiny.  When you take a spoon to it and lift it, the mixture should "pour" thickly and a small dollop on parchment should stay put and not spread on its own.

You can either pour the entire batch of caramel frosting onto the top of the cake and use an offset spatula to wrangle it to cover the entire cake.  Or you can spread it on the cake a small dollop at a time.  It's time consuming but if you have a steaming hot glass of water, dip your offset into the water, clean off the offset and spread in small increments over the cake.

Refrigerate the cake until you plan to serve it.